THE SHORT ART STATEMENT for ‘WHITE COWS’ by Birgitte Moos

This installation is a new subtract, derived from an idea of a series of 5 storefront art installations for the Meat Packing District of Copenhagen, that I was assigned to create back in 1996, based on the fact that the first fashion week in town was located in a former slaughterhouse; The Hall of the Axe. How ironic is that! ’Meat.’

So I responded with an anticommercial!

The essence of the project ‘White Cows’, is a culmination of an obsession with female beauty in literature, media and fashion. A comment on female beauty and the methods and extent used, to which people will go to in order to achieve this: Nanotech for life extending and body-beautiful surgery, future dna manipulation, products containing animal products… Beauty conquers everything, as Laurie Anderson stated.

Thus, the horror of knowing how we generally treat animals, before we eat them, is stronger than beauty!

The mirrored twin metaphor is derived from Jaques Lacan’s ’Theory of Mirrors’ in which he describes babies self-recognition. There is a certain model for classic beauty which are copied and multiplied to benefit corporate fincial hierarchy. And women we do this by ’free will;’ a narcissistic self-adoration, mirroring ourselves in other women’s eye-catchiing appearance. 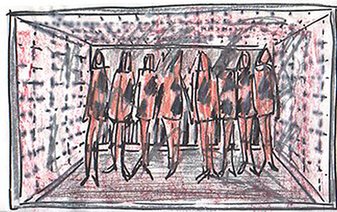 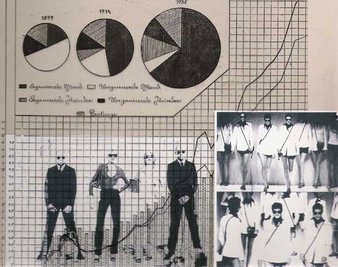 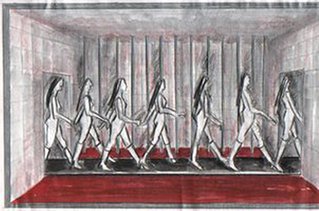